Auberge De Castille et Leon, by far the most magnificent of the eight, today houses the Office of the Prime Minister.

The outer appearance of the original auberge is recorded in a painting from the late 17th century, after which Roger de Giorgio had made an elevation, and in a drawing from the early 18th century, which was discovered by Giovanni Bonello.

The most striking and innovative features of this auberge are the panelled pilasters that divide the facade vertically. It is the first time that Cassar introduced this architectural feature on a facade and that he does not apply his typical corner rustications.

Panelled pilasters or pillars can be found in the courtyards and interiors of his secular and ecclesiastical buildings respectively. During the baroque period the first Auberge de Castille must have undergone some alterations: the staircase in the drawing is typical baroque in its style, as well as the coat of arms above the main entrance.

The site acquired in 1569 was to host a stately structure, referred to as the Casa Grande with a frontage along St. Paul Street. The construction cost was met through a levy imposed in 1570 on the members of this Langue. This house, which could only accommodate the Pilier and a limited number of other knights, served as the Auberge between 1571 and 1573 when the Langue, still residing in Birgu decided to go ahead with a bigger building.

The Knights tried to transform the austere military character of their city by replacing the original buildings with others in a new, flamboyant Baroque style. As an expression of power and prestige it won popular approval throughout the islands, such that the affluent, sought to express their opulence by facing their own houses with the trappings of this splendid style.

Both the facade and the plan are the finest works of architecture in eighteenth century Valletta. The façade is rich yet has pleasing proportions and the main theme is the exaltation of Grand Master Pinto. The Grand Master’s symbol, the crescent moon, is displayed lavishly throughout the building; the Grand Master’s swaggering white marble bust is placed over the doorway and his coat of arms provides the climax to the central window. A heavy masonry pediment unifies the façade with the coat of arms of the Langue of Spain and Portugal.

After the landing of Napoleon and his forces in 1798 on June 20, the Spanish knights obtained permission to evacuate Malta with their movable property and the French occupied the Auberge de Castille for the use of the Commission for National Property.

In 1814, the Auberge was used to accommodate a disabled contingent from the army of Egypt. Also, in 1840, one of the rooms of the first floor was converted into the first Protestant chapel. In 1860, a British regiment occupied the Auberge and installed a signalling station on the roof terrace in 1889, to communicate with warships berthed in the harbour.

The Auberge de Castille has also been used as the General Headquarters of the Army for Malta, Libya and following the expulsion of the Army from Egypt in 1954, for Cyprus too. During the Second World War in 1942, the Auberge was bombed on the right side of the entrance. 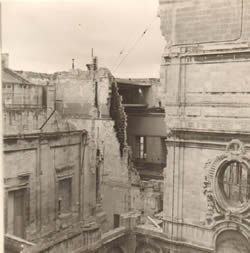 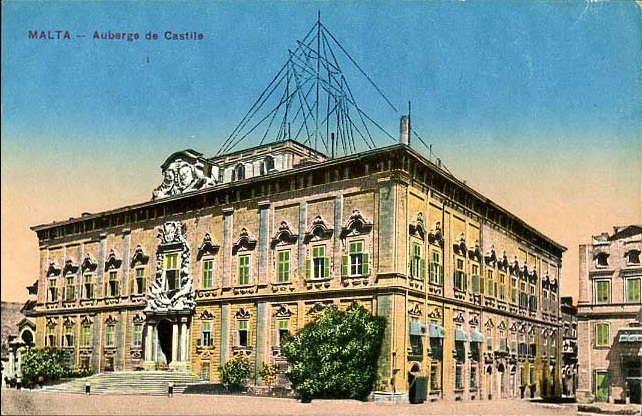 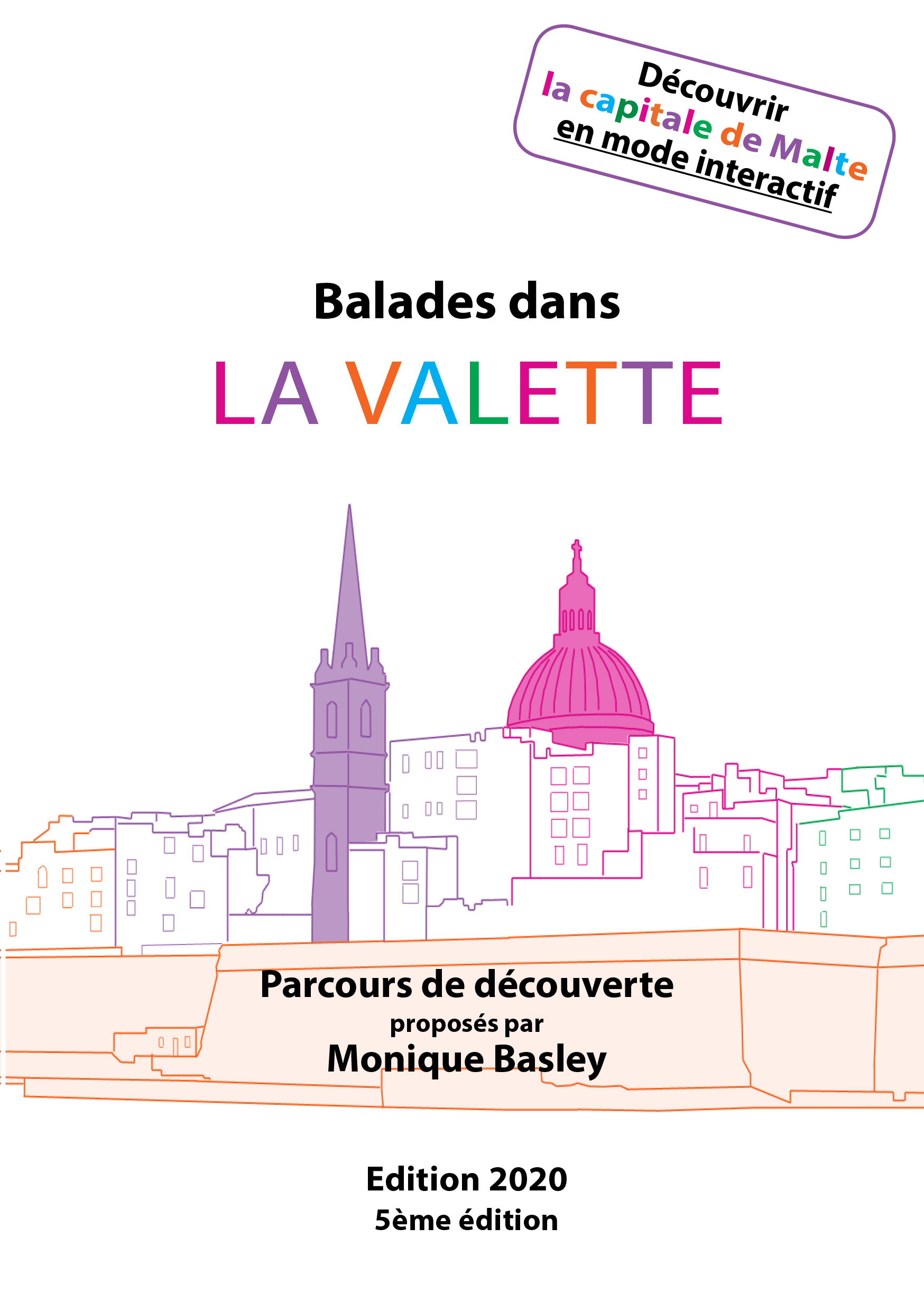